Its Non Denominational Generic End of the year wishes via the conventional
methods time around here. 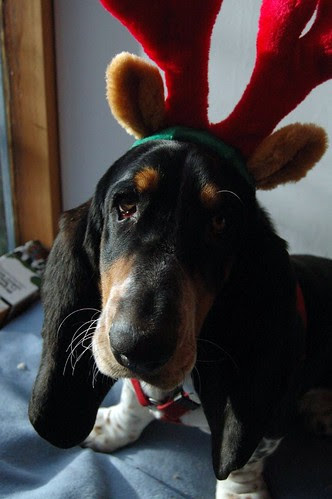 My nmom assures me that she will get my card designed and sent off to be sent out
in time for the postage rates to go up and before I run back to the 509 to teach Spot how
to less of a sissy.

So, if you are interested in receiving a limited edition ernest the puppy NDGETYW missive via stage coach, please send me an email message with that stage coach findable address via the internet tubes. 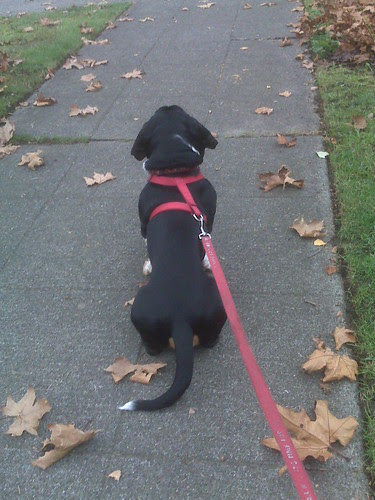 I'm afraid my gravy (chicken and rice) train is coming to an end.

However, TH mom says that she will share the turkey and goose hearts
with me when she cooks them for Thanksgiving. She's the bestest.

What is your favorite Thanksgiving dish?

ernest who has alot to be thankful for
Posted by Nazila Merati at 9:39 PM 3 comments:

story of my life:

chalked and walked
weeded and fed 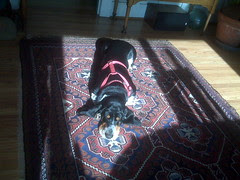 I have been sick. So sick, they rescued me early from lockdown so that the moms could take me to my physician the night I came home.

I am not going into the details of my malady, but let's say it looked worse than I felt.

Because of it, I am getting lots of smooches, paw holding, chicken and rice and atta boys.

I appear to be better after one day of stomach coatings and flagyl.

The moms have to get up every eight hours to squirt nasty stomach coating down my gullet. Nmom is much better at it than Tmom.

My Mama S and Papa J were three miles from me and didn't stop. I am a bit sad and mad. I promise them the next time they come to town they will get escorted to all the attractions by me!

ernest feeling better after every serving of chicken breast
Posted by Nazila Merati at 7:14 PM 2 comments: 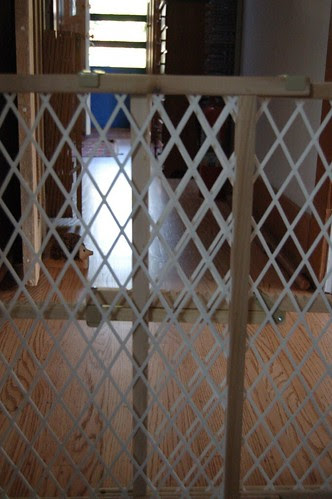 Parentals abandoned me in the 425 until next week. They better bring
me a present. 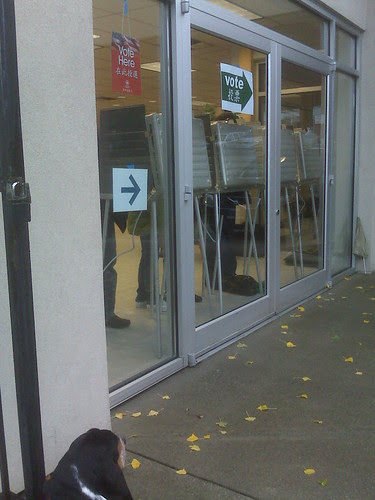 I figure I will be seven when I get elected. I may have a few grey hairs interspersed with my raven blackness, but I will be ready to help lead this great nation.

From sea to shining sea. 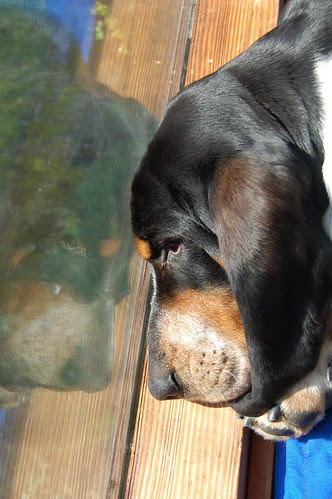 Nmom is a bit antsy these days. I am trying to take her on a bunch of walks and dog park visits, but she would rather obsess about the presidential race -one.where.i.am.not.the.leading.candidate.

Tonight I would like to dispel a few myths about me.

Just because I am intact - does not mean I'm a social conservative that does not allow other dogs the right to choose. Though, I fear my days of intactness may be over soon.

Just because I expect a million walks and all the attention focused on me does not make me a member of generation ME!

When I was a tiny puppy, I was told that I could be president. I made it my goal and though I tried to get there this time, I was vanquished. Some said I was too green, some said I was too red, some said it was the fact that I was a purebred basset -- others thought it was because I had the balls to run for president.

Well, I tried and trust me I'll try again!

Thank you for you support these last two years and nearly eight months.

I smooch you all.

I want to give some special shout outs to

and all the dogs with blogs for being the dogs who blog about the most interesting things.

Hopefully our new commander of apes will do a better job than the last chimp, he sucked.

Today my nmom gave me what she said was going to be the last table water cracker of the republican reign on terror. I relished it and look forward to a new box and a better world tomorrow.

ernest the basset
Posted by Nazila Merati at 9:59 PM 5 comments: